These are Adek‘s paternal grandparents, that is, the parents of Max Hurwicz and Morris Kotzin. There was also an older sister, Leah Dwojra (or Dwora or Dwejra), who married Icchak Cohen. Adek told Leo that they lived in Kojdany (probably Kėdainiai, about 32 miles north of Kaunas in Lithuania). They had five children: Dawid Zelig, Moshe Ber, Miriam, Cypora and Tyla. Leo met Miriam in Geneva in 1948, apparently with her son Don and daughter Karpas. Miriam married a man named Sachs.

Tevye (or Tewje in the Polish spelling) died in 1874 and is buried in Warsaw. Here’s a link to his information on Virtual Cemetery.  According to his grave stone, he was 43 when he died.  (Third line from the bottom on the stone: בשנה הארבעים ישלש. Also in English under “additional info.”) This contradicts the inscription on the picture below, which says he died at age 48. Elka outlived him by many years, dying in late 1911 or early 1912.

There is a family story about someone who shaved his beard, much to the distress of his father, since it was traditional for Jewish men to wear beards. However, this young man was modern and not religious, and shaving his beard signified that. However, when it came time to have his picture taken, his father begged him to grow a beard, so that at least his beardless state would not be immortalized. I had wondered if that young man might be Tevye. However, I found an email that I wrote some years ago saying that it was Max. So, I’m going with that, quoting myself as a reliable source! 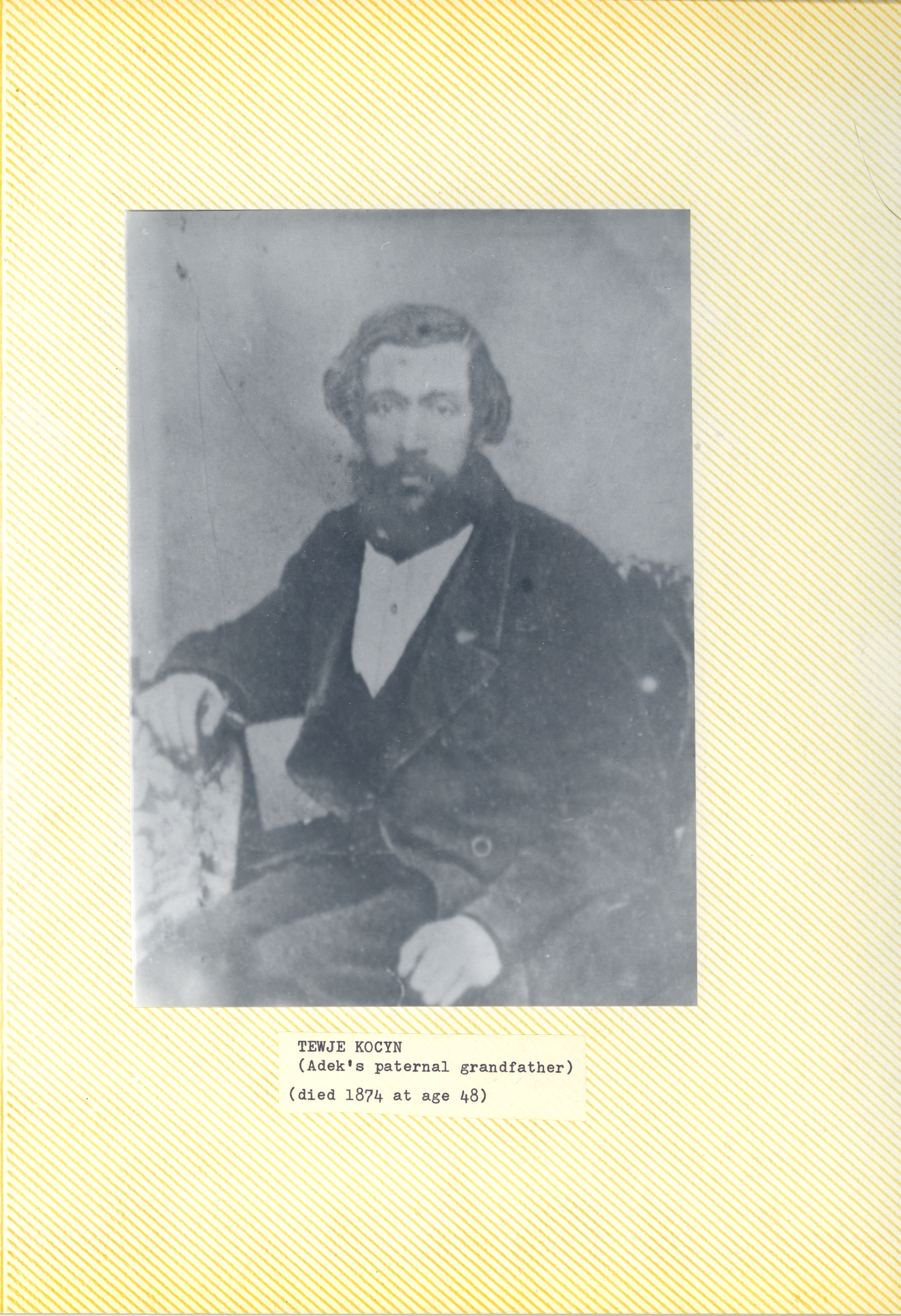